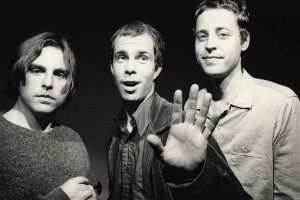 '90s rock act Ben Folds Five have reunited to record a new album, according to several tweets from the band's eponymous ringleader. Folds posted a picture of himself along with Robert Sledge and Darren Jessee, with the tag "NewBenFoldsFiveRecord," and a second tweet anticipating a spring release. The trio is set to be in the studio through March of this year. No label has been announced as of yet.

Ben Folds Five rose to popularity in the late '90s with their single "Brick." They reunited to record a handful of new songs for last year's The Best Imitation of Myself: A Retrospective, their first new recording since 1999's The Unauthorized Biography of Reinhold Messner.