Great Cynics debut “In The Valley”, first song from EP of same name 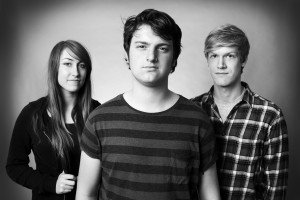 London's Great Cynics have posted an unofficial video for 'In The Valley', the first song taken from the forthcoming EP of the same name, on their website. The EP will feature tracks Giles released, as Cynics, on the Stones I've Thrown [7-inch] in 2010. Originally the tracks were solo acoustic, but have been re-recorded with a full band, and an extra adjective due to the name change.

They debuted the song on Mike Davies' Punk Show, on BBC Radio 1, on Monday the 6th of February, and the video appeared on their website soon after. In the Valley, the EP that is, will be released on Kind of Like Records on the 28th of February. Pre-orders can be made here (US) and here (UK).

Great Cynics released their debut album, Don't Need Much, in 2011.