The Make-Up to reunite for All Tomorrow's Parties 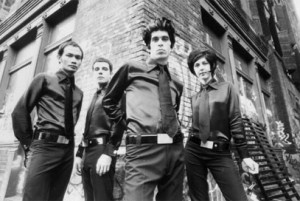 Contributed by drummerx, Posted by John Flynn 9 years ago

D.C. post-punk act The Make-Up are set to reunite for a performance at All Tomorrow's Parties' "I'll Be Your Mirror" event, taking place this May in London, UK. The event is being curated by post-rockers Mogwai, and will also feature a reunited The Afghan Whigs, Codeine, Melvins, and more.

The Make-Up was formed by members of Nation of Ulysses in the mid-'90s, and released four studio albums before splitting in 2000.