NOFX preparing to enter the studio in April 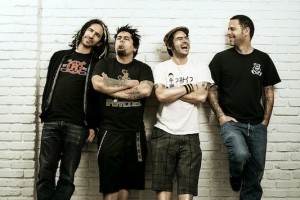 Fat Mike of NOFX recently talked to Rolling Stone regarding his ragtime soundtrack to the fetish film Rubber Bordello, and gives some information on the band's next album:

"We're recording in April, and it should be out in the fall. I've got 12 songs, but I don't have a name for it and only a few of the songs are finished. We're demo-ing it right now."

You can check out the complete piece, and stream "The Jerk Rag" from the Rubber Bordello soundtrack, here.

The band last full-length was 2009's Coaster, though they have released a few EPs in the meantime.