The Bronx working on fourth album 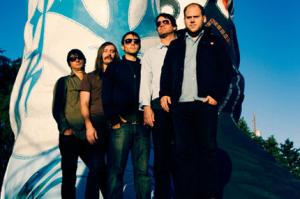 by Katy Hardy 10 years ago

The Bronx have announced on facebook that they've begun work on a new album:

We are currently putting together the pieces for what will soon be our fourth eponymous effort. that's right, champ. The Bronx (IV) is well under way.
[We are] looking for a place in the greater southern california area to start hammering out some preproduction in early march. if you have or know of a spot (preferably not your parents garage) that might be conducive to the next step in our creative endeavor, please let us know and we'll get back to you.
It's all happening."

While it's been nearly four years since the band's last full-length, The Bronx III in 2008, the group has been busy with their mariachi alter-egos, Mariachi El Bronx, who released two full-lengths in that time.