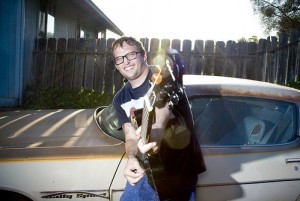 Mikey Erg has announced a handful of dates for the month of March. Mikey will be performing solo on select dates and also with his new band, Now People, on others. He will also be making an appearance at the Cross Bone Fest in Belgium.

More details and full list of dates can be found on Mikey Erg's tumblr.

Videos: Future Of The Left: "Sheena is a T-Shirt Salesman"

Streams: The Fake Boys: "You're a Loser"