Matt Skiba and the Sekrets, the latest side project from the Alkaline Trio frontman, have announced their full length debut. The record is titled Babylon and is due out May 8, 2012 . The release follows other projects from Skiba over the years including Heavens with Josiah Steinbrick, theHELL and several releases under his own name including a split with Kevin Seconds and 2010's Demos. theHell, which also included Rocket From the Crypt's Atom Willard released their debut, Sauve Les Requins, this year. 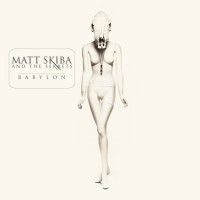 OFF! set release date for full-length

Joe Escalante campaigning to be a judge