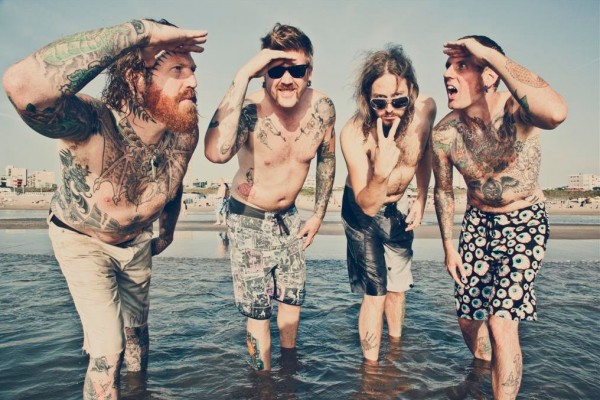 Mastodon has joined the long list of bands releasing albums for Record Store Day. The group's contribution is set to be a split seven-inch with Canadian songstress Feist. Mastodon will be covering her "A Commotion" while she'll tackle Mastodon's "Black Tongue," which appears on 2011's The Hunter.

The Georgian metal icons will also be releasing a split seven-inch with Flaming Lips on which they'll cover "A Spoonful Weighs a Ton" while Flaming Lips will provide the original on the b-side.

Streams: Seas Will Rise: "A Wish For the Earth"

Music: Say Anything: 'Anarchy, My Dear'