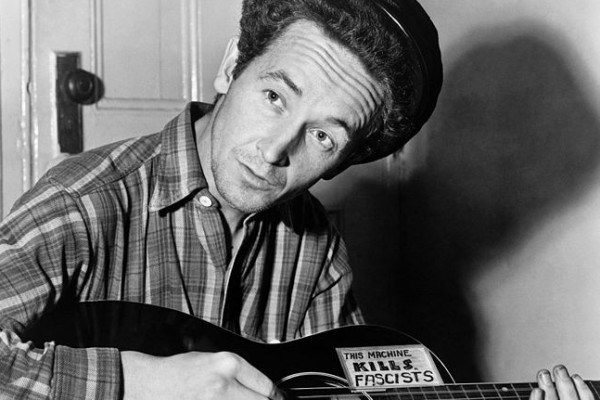 To celebrate what would have been the 100th birthday of pre-punk/folk procateur Woody Guthrie, Nonesuch Records has announced plans to reissue a deluxe 3xCD/1xDVD version of Billy Bragg and Wilco's musical collaborations set to Guthrie's lyrics.

Two albums were released in 1999 and 2000, Mermaid Avenue and Mermaid Avenue Vol. II,. The new collection will collect both albums plus a third volume with 17 previously unreleased recordings from those sessions, the 1999 documentary on the sessions, Man in the Sand; and a 48-page booklet with new liner notes by Nora Guthrie, lyrics, archival photographs, and facsimiles of lyric sheets and sketches by Woody Guthrie.

The collection is titled Mermaid Avenue: The Complete Sessions and is due out April 21, 2012. You can pre-order a copy directly from Bragg via his website.