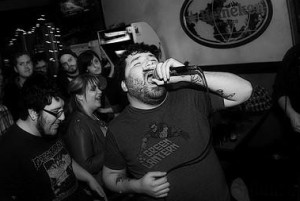 Contributed by boogerpunk, Posted by John Flynn 11 years ago

Iron Chic are working on their follow up to 2010's Not Like This, the band has posted. They write: "We've got some cool shows coming up with with fucking Hot Water Music, Plow United, and Grey Area among others. In-between all that stuff we're writing a new record in Phil Douglas' futuristic studio while he wears robot headphones like Dr. Dre."

In addition, the band has posted a handful of dates for this June, around the northeastern US and heading into Canada for the Ottawa Explosion Fest.