Smashing Pumpkins have posted the details about their upcoming EMI release. The record is titled Oceania and is due out June 19th, 2012. The band released all their material from 1993's Siamese Dream through 2002's Machina/The Machines of God through EMI subsidiary Virgin Records.

The album is part of their overarching concept, Teargarden By Kaleidyscope which has been an ongoing project since September 2009. Last year, the band released expanded and remastered versions of Gish and Siamese Dream. In 2012, they are also promising similar treatment for Mellon Collie And The Infinite Sadness, The Aeroplane Flies High and Adore. The reissue series will wrap up in 2013 with Machina/The Machines Of God, Machina II: The Friends & Enemies Of Modern Music and a new (second) greatest hits compilation. 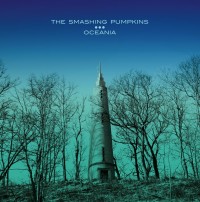