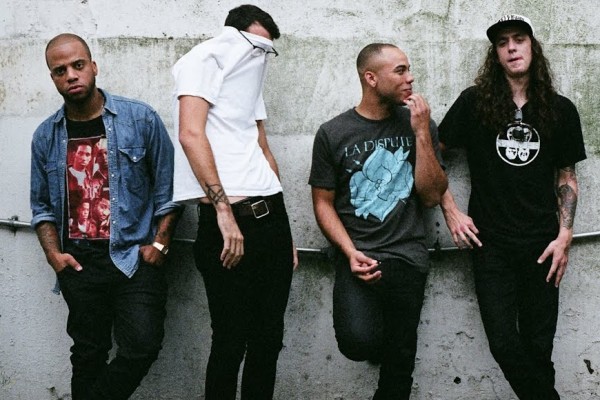 Contributed by Ramones999138, Posted by Aubin Paul 10 years ago

After several albums through their own Trash Talk Collective, Sacramento-based hardcore outfit have signed to Odd Future Records, the label formed by controversial rapper (and Odd Future leader) Tyler, The Creator. Tyler famously described his hip hop collective as following in the tradition of the Sex Pistols and Nirvana rather than normal hip hop outfits. He also had some less than kind words for Paramore's Hayley Williams in his song "Yonkers."

Anyway, Odd Future's L-Boy talked about the signing in a statement to The Fader.

So them muthafuckas ova at Odd Future records done signed a fuckin' group of crackas and niggas in a hardcore punk band called Trash Talk. I mean it makes sense since Odd Future fans is them white niggas anyway. Trash Talk is supposed to be releasing they album called "119″ or some sh** thru they Trash Talk Collective Label in the fall.. don't ask me what the fuck that means cuz I don't fuckin' kno. I asked Tyler's trick ass what he thought about that shit and I really didn't give a fuck so I'm not gone put that shit on here.

The band last released the Awake EP. You can also stream their album 2008 album, Trash Talk, on their Punknews.org Profile.

Videos: The Offspring: "Days Go By"