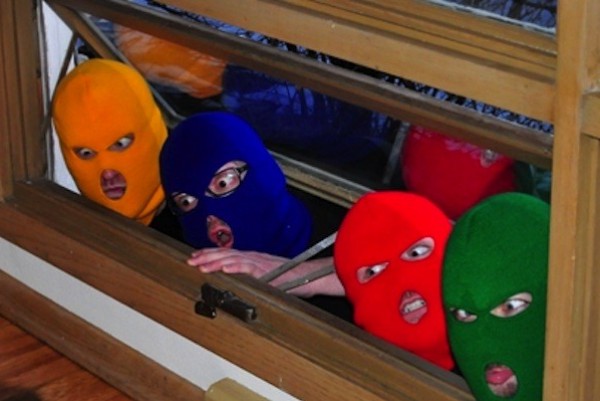 Red Scare has announced some summer release plans. First, the label will be releasing new material fromthe recent signed Madison, WI-based pop-punk outfit Masked Intruder. The band will follow their First Offense [7-inch] with a new full length in August. The same month, the label is also promising new music from Philly's The Holy Mess and they'll be preceding that album - titled Cande Ru Las Degas - with a three-song EP titled Cold Goodbyes on June 26, 2012. We'll be bringing you a stream of those new songs next week.

Along with those, the label is releasing a new Elway EP (physically) on July 10, 2012 along with a Dan Andriano/Brendan Kelly split the same day. You can check out the digital versions via iTunes and Amazon already.

Music: The Offspring: 'Days Go By'