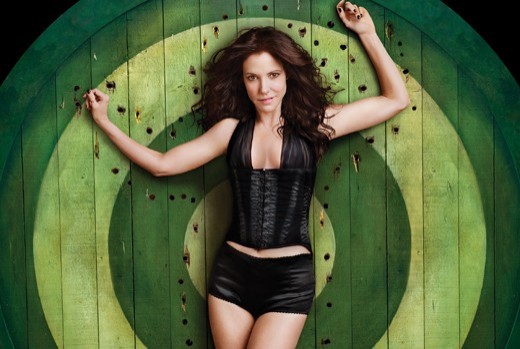 Billboard is reporting that that Bomb the Music Industry!, Ben Folds, The Mountain Goats, Mariachi El Bronx, are among the musicians enlisted to record the opening music for the eight and final season of the other - lighter and slightly less awesome - show about a middle class suburbanite who moves into drug dealing - Showtimes's Weeds .

As with the show's second and third seasons, the theme song for the program, "Little Boxes," will be re-interpreted and recorded for the openings of each of the season eight episodes. The original song, composed by Malvina Reynolds for folk singer Pete Seeger in 1962 about suburban encroachment, was previously tackled by Death Cab for Cutie, Regina Spektor, Ozomatli, Randy Newman, the Shins and the Decemberists.

First look at The Holy Mess' next one (Exclusive)

Music: No Doubt: "Settle Down"