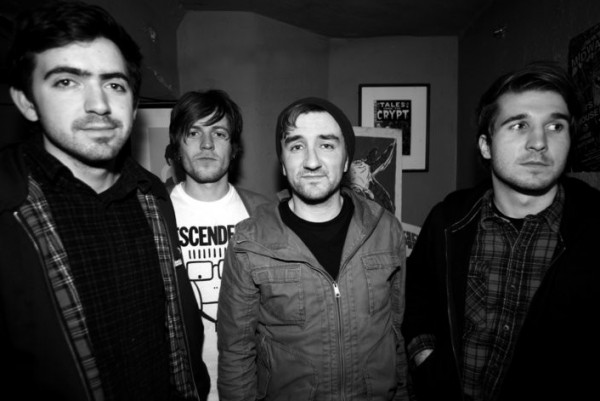 Exeter, UK's The Cuts Ups have announced the title of their forthcoming LP, Building Bridges, Starting Here. Due out on September 24, 2012 via Household Name Records, the album was produced by Peter Miles, who has also worked with The King Blues, We Are The Ocean, and The Steal; and features a guest appearance from Franz Nicolay.

The band have also released a video for one of the album tracks, "Exeter." Put together by Carl Shanahan, the video sees the band playing on a rooftop in their hometown, and Jon knocking about round local landmarks.

Music: Minus The Bear: "Steel and Blood"