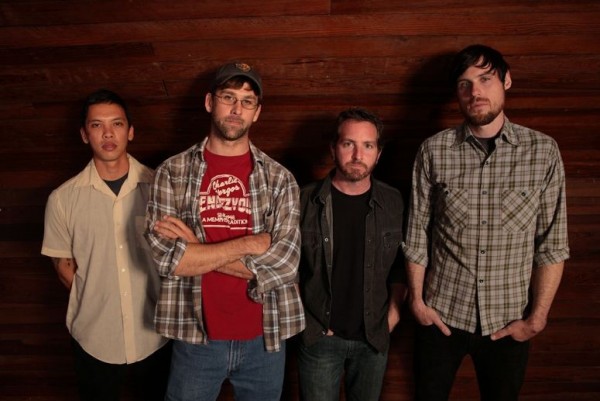 If you've seen Chris Wollard and the Ship Thieves live in the past year or two, you've probably heard a bunch of unfamiliar material. It looks like the band will finally be releasing some of it: They announced today that their sophomore full-length, Canyons, will be out this fall via No Idea Records. The band, fronted by Chris Wollard of Hot Water Music, The Draft and Rumbleseat, is rounded out these days by Addison Burns of Quit, Hawks and Doves' Chad Darby and Bobby Brown of The Future Now.

More details on the new album are expected soon. The band last released the Anybody Else b/w Left to Lose 7-inch in 2010; their debut full-length, Chris Wollard and the Ship Thieves , preceded it in 2009 and is still streaming at their Punknews.org Profile.