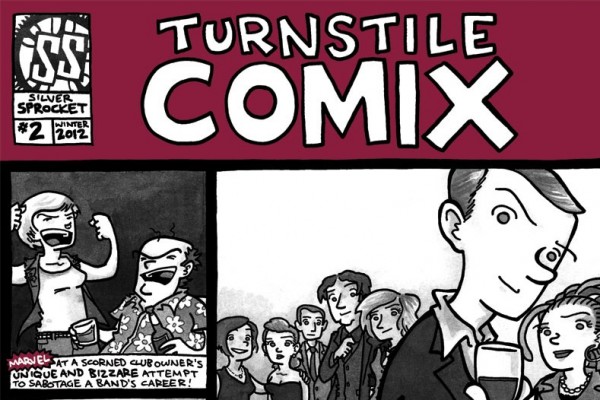 Cartoonist Mitch Clem, of Nothing Nice To Say and My Stupid Life fame, and his water-coloring cohort Nation Of Amanda will be teaming up with New York City anarcho-cabaret-punks The World/Inferno Friendship Society for the second issue of Turnstile Comix. The first issue was released last year and we checked it out for a review here: Turnstile Comix #1 .

The comic book will feature over 40 pages illustrating some of World/Inferno's craziest road stories with an included 7" record featuring three new songs from the band on Merlot colored vinyl.

Slated for a Winter 2012 release, the title is available now for pre-order from the Silver Sprocket Bicycle Club. Pre-orders for the record will be shipped with an exclusive full-color print of the band illustrated and painted by Mitch and Amanda. 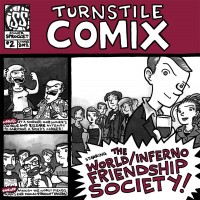