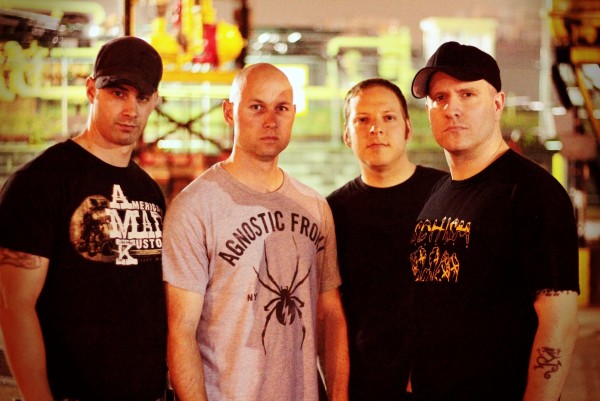 Via an Anonymous Source, Posted by John Flynn Eulogy Recordings 9 years ago

Eulogy Recordings has signed New York hardcore band The Last Stand, the label announced. The band features Inhuman's Mike Scondotto on vocals, along with Dion De Nardo, Stephen Della Croce, and Jimmy McCormack of Shutdown on bass, guitar, and drums, respectively. Earlier this year, the band recorded their debut full-length, The Time is Now, which is due out in January. Scondotto says of the band and the album:

This band came together for two reasons in 2010 - the first was for the love of Hardcore. The other was to have fun playing with friends, who are more like an extended family. In the tradition of the many bands that came before us and continue to inspire us, The Last Stand hopes to carry the torch and show the world that New York Hardcore is alive and as vital as ever. We are very happy and excited to be releasing The Time Is Now on Eulogy Recordings, a label we have all admired and respected over the years.

Death From Above 1979 officially back together and making new music

Videos: Rise Against: "Jealous Again" (with Milo and Bill of Descendents)