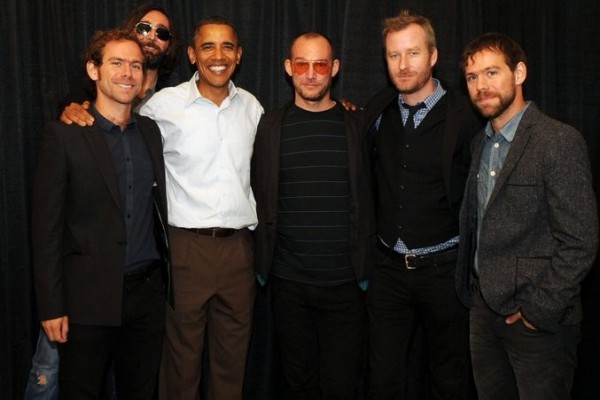 by Aubin Paul 4AD 10 years ago

Brooklyn-based The National have announced that they will be playing two free shows in (swing state) to help mobilize voters and support President Obama. The band is asking people to register to vote in order to get free tickets to the shows at Newport Music Hall in Columbus and Emery Theater in Cincinnati. They add:

We're partnering with Obama for America's Ohio field offices for a series of events to remind everyone how important it is to vote in the November 6th election. If you haven't registered yet, there's still time in most states.

The band previously opened for the President at a campaign event in Iowa which you can see here.

More information, including how to register, can be found here.

Music: Between the Buried and Me: 'The Parallax II: Future Sequence'