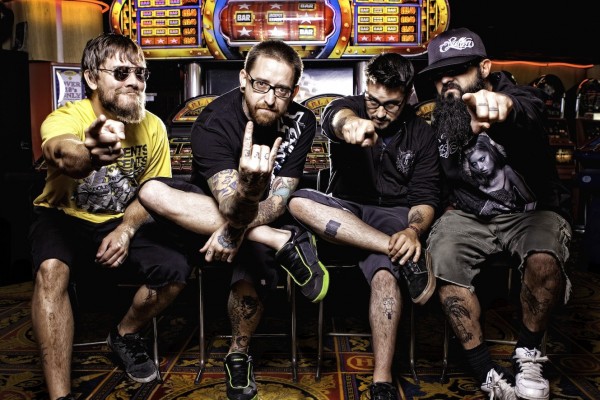 Authority Zero have entered the studio with producer Cameron Webb to begin work on their follow up to 2010's Stories of Survival. The album is expected in 2013 via Viking Funeral, the label formed by Fletcher Dragge of Pennywise and distributed through Suburban Noize Records.

We've been hard at work for the past year writing for the new album. We were extremely happy with our last album and wanted to make sure to put the same effort and passion into our follow up album. We'll be recording with Cameron Webb for the first time and are really looking forward to the new experience. Just after we finish up recording the record we'll be hitting the road one last time for the year before its release in March of 2013. We're heading out with our good friends Fayuca, Eken Is Dead, and Allura for this run. Looking forward to getting back across the south and into FL as well as fitting in some west coast dates.