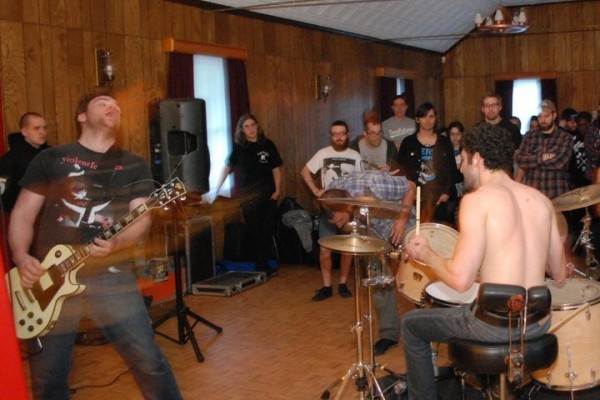 Long Island hardcore outfit Divider have signed to Glory Kid Records. The band, which has been around since 2006, was briefly the home of Daytrader vocalist Tym, and previously released 7-inches. As for their sound, they noted: "we used to be fast and loud, now we are loud and slow." We reviewed their 2005 EP, At Twilight.

The band has some music from their last, self-released 7-inch on their Bandcamp. They are headed to Europe in December.