“Nazis are not f*cking welcome at a Dropkick Murphys' show” 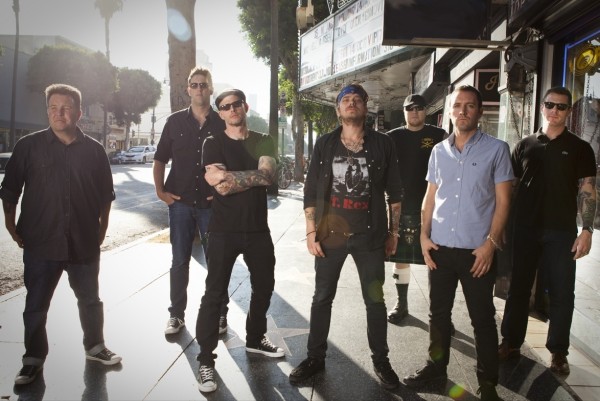 Many of you wrote in with the news of a little incident between the Dropkick Murphys and a New York audience member with some particularly odious views. The band invited the crowd on stage while they performed the cover of AC/DC's "T.N.T." and the offending patron decided to perform a Nazi salute to the assembled throng. This didn't sit particularly well with bassist Ken Casey who shoved him before band members told the audience: "Nazis are not fucking welcome at a Dropkick Murphys' show."

Rocks Off had a little more detail:

Dropkicks' singer / bassist Ken Casey noticed [the neo-Nazi] and ran right over to the guy, smashed him in the face, took off his bass and hit him with that and then jumped on him and all out chaos ensued. We could only assume from our vantage point that said Nazi got his ass kicked. About 30 seconds later Ken emerged from the pileup with his shirt torn and made his way back to the front of the stage.

Members of Thursday, From Autumn to Ashes, Glassjaw, Judge form Get Involved