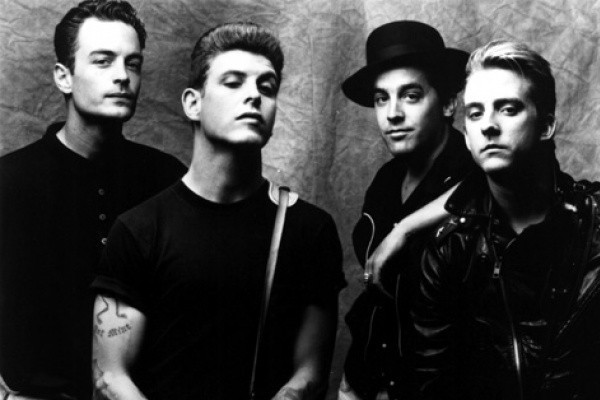 This week, a few bits of non-musical output coming from some notable musical figures. First, along with the news that AFI is active again, frontman Davey Havok talked about his new book, Pop Kids :

Writing is something that has appealed to me since I was young. Even in high school I had hopes of writing a novel. It wasn't until the general concept for Pop Kids hit me that I decided to give it a try. […] I do believe that the unlimited amount of information has had both a positive and negative impact on culture. However, the negative impact has struck me most. It seems that generations raised on modern media have access to all and understanding of little.

Fellow Orange Countier, Mike Ness of Social Distortion is also working on a book and spoke to KROQ's DJ Stryker. Taking a title from one of his best loved songs, the book will be called Story of My Life and he aims for a release in 2014. He adds:

It talks a lot about being ill-equipped to be a parent, and having to figure it out along the way. (The book) starts at the beginning, but there are things in the book I hope will make people think. It's been a pain in the ass. I would never want to do it again. You have to go back and revisit painful periods in your life. It's funny that everything has been aligning itself in my personal life along with the writing of this book to where it's like more is being revealed, and it's not all good. It's not all bad, but I hadn't anticipated that. It's not like writing songs. It's been much more in-depth and personal.