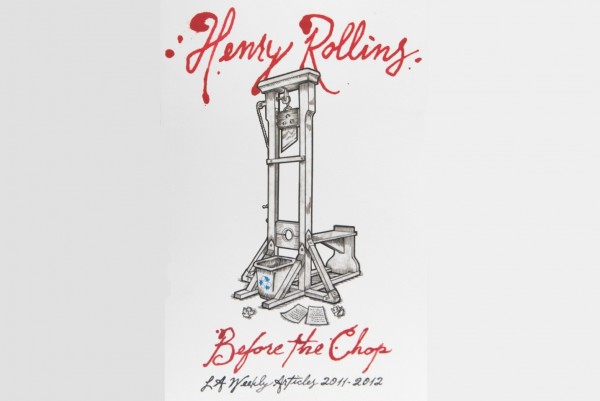 Henry Rollins has compiled many of his LA Weekly columns into a new book appropriately titled Before The Chop: LA Weekly Articles (2011 - 2012). The book includes the first hundred articles the prolific writer and spoken word artist wrote for the magazine and also includes an interview with Nick Cave during promotion for Grinderman's second album.

He notes that the articles represent his original, untruncated writing:

For reasons of space, the Weekly must often slightly truncate the pieces and also sees fit to change the name of the piece. So, what you read there isn't always what I sent them. This is one of the reasons I wanted to put this book out. Also, knowing there are a lot of people out there without the time to go to some website and read something every week, I thought it would be a good idea to have the articles all in one place.

You can get signed copies from Rollins' webstore.

Music: Escape the Fate: "Until We Die"

Music: Eluvium: "Happiness" (with Ira Kaplan of Yo La Tengo)