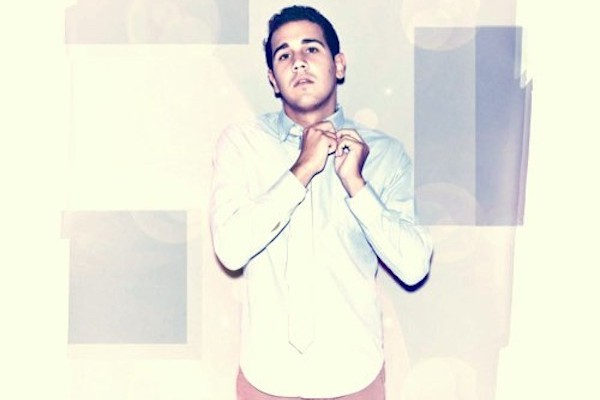 by Kira Wisniewski Run For Cover Interviews 10 years ago

The city of Philadelphia and its surrounding suburbs, a region usually associated with the American delicacy that is the cheesesteak as well as highly irritable sports fans, seems to be experiencing a rapid expansion in its DIY scenes. Although being a hotbed for independent music for several decades, the area has lately has produced a new, younger set of bands destined for success. Young Statues are among one of these up and coming artists. Staff interviewer Andrew Clark spoke with frontman Carmen Cirignano about Philly, working with Run For Cover Records, and the band's new EP.

Please tell us who you are and what your involvement with the band is.
My name is Carmen. I sing, play guitar, and write songs for the band.

From what Iâve seen on your Facebook page and Bandcamp page, Young Statues is a relatively young band, no pun intended. How did you guys get started?
We are. We've only been around a little over a year. I started writing some songs for fun, and one recording session turned into the making of a full record. Once we finished the record we signed with Run For Cover, put a band together, and have been playing since.

I also see that youâre from the Philadelphia, PA area, which is an area near and dear to my heart since I grew up along the New Jersey shore and attended college outside of the city. Do you feel growing up in the area has influenced you artistically? Anything, in your opinion, thatâs special about Philly over other US cities?
Absolutely. I think there is a definite romanticism associated with the place you grow up and artists like Bruce Springsteen have done a really amazing job at capturing that through song. I've definitely tried and am still trying to do that with our stuff. Philly is special because it's the real birthplace of America, and I think it's a perfect location to live in. We're really close to so many great places. And cheesesteaks!

What kind of scene is happening now in the area?
It's a cool scene, a lot of great bands are based around Philadelphia right now. A lot of great records are being made here now too by a guy named Will Yip at Studio 4. It's definitely getting better I think.

How do your endeavors fit into this wider context? Any bands you feel youâve really bonded with through artistic collaboration or touring?
I think our situation is cool because we don't have one definite "hometown" scene. I feel at home really at any show we play within two hours of Philly. And yes, we've bonded with so many people. The guys in Transit and Seahaven are like family to me now. It's really cool to find people you enjoy being around, people that you would hang out with even if your bands aren't touring together. And this is our first time touring with All Get Out, but those guys are equally as great and fun to be around.

Sorry for the delay in getting to talk with you guys; I know you are on tour currently supporting a new release. How have things been with that?
Yeah! The release has been great, people have honestly responded to it so positively that it surprised me a little bit. Being that it's an EP and only our second release, I didn't expect people to get super into it. The fact that they have has made all of us feel really happy and fortunate.

How has it been working with Run for Cover Records? Every time I check their social media accounts it seems like their roster gets better and better.
Great. I love them so much. Jeff and Tom have been so supportive of us, and they've been such good friends to me at the same time. Another situation I feel really fortunate for us to be in.

What has been your favorite venue to play in? Have people seemed excited to see you play?
I think the show at Chain Reaction in Anaheim was my favorite. It was sold out and the kids were all just so excited to be there, it was a really good atmosphere. Reminded me of shows I used to go to as a kid, I miss that stuff.

Last question and very New Jersey related – perhaps the most important question for state residents: Springsteen or Bon Jovi?
Hands down, 100% always and forever Springsteen. Not to shoot down the question, but do they even belong in the same sentence?!

Any final words for readers?
Just a thank you to anyone who has listened to or checked out our band, we're having a lot of fun, and hopefully creating some for people as well.

Music: I is Another: "Queen of Swords"