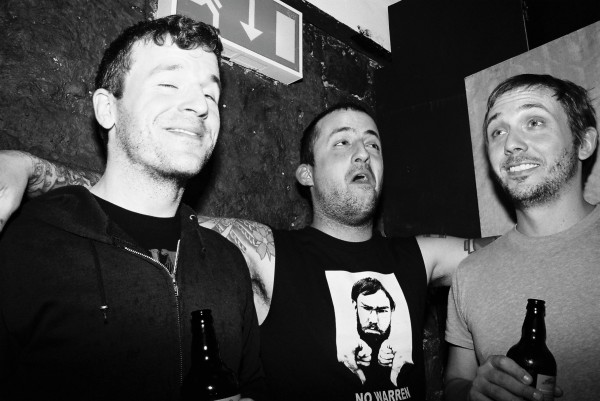 The Lawrence Arms have wrapped up tracking for their next release. It is the long-awaited follow up to 2006's Oh! Calcutta!. The band finished writing the album in January. They are promising : "fifteen amazing songs and one steaming turd."

All three band members have been keeping busy in the years since their last album; Chris McCaughan recorded solo material as Sundowner, and Brendan Kelly formed The Wandering Birds. Drummer Neil Hennessy joined The Smoking Popes and also has been producing at Atlas Studios in Chicago.

The Flatliners to release 'Dead Language'