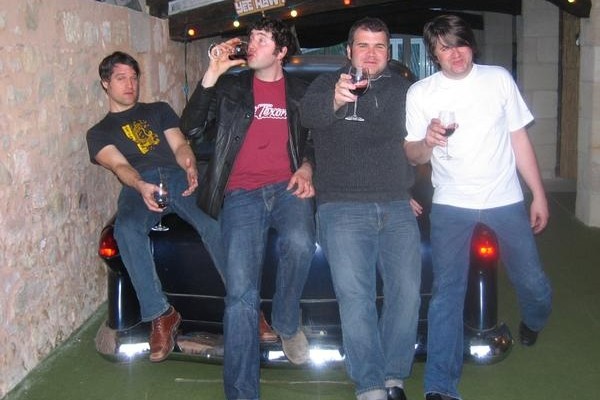 Contributed by adam, Posted by Aubin Paul 8 years ago

To celebrate the 20th anniversary of their landmark (and awesome) debut full length, the New Bomb Turks will be reissuing 1993's !!Destroy-Oh-Boy!! on Crypt Records as a deluxe vinyl edition on July 23, 2013.

It will contain the original album, a "super deluxe" gatefold cover and liner notes from John Petkovic (Death of Samantha, Cobra Verde) and a number of musicians and fans. Crypt will also be releasing a new 10-inch featuring the band's 1992 demo. It's Tapeworm Blues and is due out the same day. That will include four songs which were re-recorded for Destroy and two previously unreleased songs: the title track and "Drug Chicks."