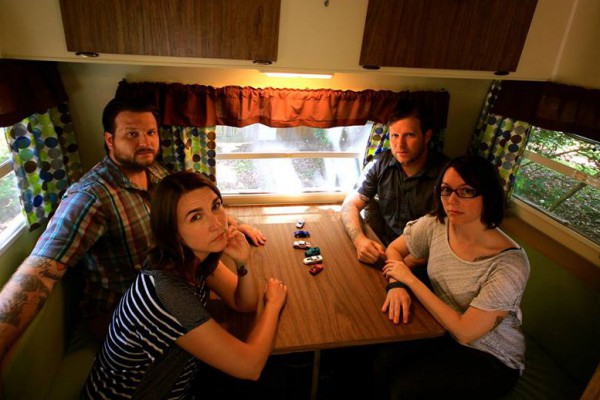 Former Against Me! bassist Andrew Seward has resurfaced as a vocalist in a new band dubbed Human Parts. The group's self-titled full-length will be released September 10, 2013 via Thick Air in the US, with an Australian release via Poison City set for September 12.

In addition, Human Parts have revealed a video for "The Rumble" that was directed by Seward; the clip can be seen below. Two other songs can be heard at their website. The band will be performing live at The Fest 12 in Florida this fall.