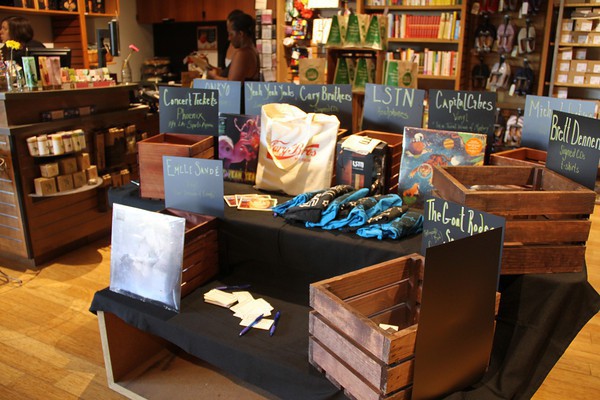 As if Whole Foods' parking lots weren't utterly maddening enough on weekends already, the grocery store chain has begun to sell vinyl records in five of its 340 stores and will presumably roll it out to more locations if successful. LA Weekly has an interesting take on the move:

One suspects suspect the real motivation behind this move is to further cultivate a sophisticated bohemian image. They are in the "culture business" -- if Urban Outfitters is the Best Coast of retail music crossovers, Whole Foods wants to be the Mumford and Sons. The hipsters are going to mature into middle age and some of them are going to find high paying jobs. It's telling that the first five Whole Foods locations to sell music -- West Hollywood, Fairfax, Arroyo, Santa Barbara, and Venice -- all have one foot on either side of the hip/affluent line. Be cool; spend money.

The piece goes on to use Starbucks and Urban Outfitters as examples of non-record stores that have experienced success with selling music. Would you buy a record at Whole Foods?

Pentimento detail 'Inside the Sea' EP