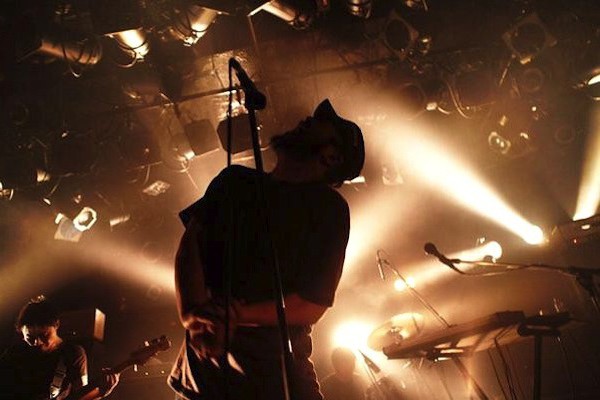 Envy, though dominant in their talent as musicians, are a difficult band to categorize. What is more profound about this is that Envy have produced nothing but stellar, unrefined (post-) hardcore for 20 years. No matter what stage of their time together, Envy have been able to craft a perfect output of what they felt as a whole. The prolific group have released nearly two dozen albums, singles and splits with groups like like This Machine Kills, Endeavor, Six Pence and Yaphet Kotto. Now, to celebrate their evolution of 20 years, Invariable Will, Recurring Ebbs and Flows has been released by Temporary Residence to showcase their relentless labor. Through e-mail, we had the opportunity to catch up with the band for an aphoristic interview. The questions were composed by Copy Editor Amelia Cline and answered by Envy's Tetsuya Fukagawa.

Temporary Residence is known for exclusive, intricate housing of the records they release. Invariable Will, Recurring Ebbs and Flow is such a unique showcase for your 20-year anniversary. As such a monument to your record has been released, what do you feel like is the paramount point, from a personal standpoint, by being a band for 20 years?

We're ecstatic with how the box set turned out! I even gave one to my parents. Twenty years flew by. I really think that our most paramount moment as a band is every time we play a show. It's really an amazing feeling.

What has inspired each of you as a member to keep the same blueprint from your origin until now?

We've been a band all these years without any expectations, except to make music and play shows. Thatâs probably why we've been together for so long.

What kind of changes have you faced? More challenges, hardships? As everything that happens is a learning experience, has there ever been a turning point in the direction of the band?

We haven't really faced any major changes. I guess the only thing is that as we've grown, so has our crew and the people that supports us. We're lucky to have so many good people that we can trust. The first few overseas tours were hard. We went without knowing where we were going to sleep every night, traveling long hours every day in small fucking cars… We laugh about it now, but it was grueling. I guess the turning point for us was when we started to manage every aspect of our band on our own. We started a label, booked and promoted shows on our own, around 2003, when A Dead Sinking Story came out.

As all-original members, from a very young age, what has been your favorite experience together? Your least favorite?

We've been together for about 21 years. We spend more time with each other than with our families. Touring together has been the best experience. Going overseas, interacting with other cultures, meeting all sorts of peopleâ¦ itâs been an amazing ride for us. I've forgotten all the shitty times.

What types of differences do you see between your fans in the States versus your home Country, Japan?

We get the same reaction from crowds in most countries. Think Japan actually has the most distinctive kind of crowdâ¦ they're very quiet and attentive. American crowds are much more rowdy.

For those unfamiliar with Envy, can you talk about what motivated the band to go from short, melodic bursts to now, your more post-hardcore roots?

Not sure what kind of music we'll be making in the futureâ¦ might go back to short melodic bursts. After 20 years of playing around, we're all better musicians compared to before and we're able to make complicated rhythms. When we put it all together, I guess it sound post-rockish sometimesâ¦ we don't really make any conscious decisions to make any type of music. We do play fast short songs at shows.

What do you feel like is the strongest characteristic for the band as a whole?

Our soundâ¦ a mix of quiet stillness and intensity.

As a band, what goals have you made for the upcoming years? Where do you see the band in say, five years?

We don't really have any solid goals. Hoping we'll still be doing what we're doing in five years, but not sure if Iâll be able to do it when Iâm 45. I'd like to think we'll have two more albums completed by then.

Can you elaborate about the subjects your find inspiring for writing lyrically as well as how, as a band, you collaborate to have kept creating such complex music for so long?

I keep a notebook with thoughts and observations I have. I make my lyrics from there putting segments together to form a story. There are times when I look back at what Iâve written and have no idea what Iâve written about. I guess my main inspiration comes from everything around me, Iâm an observer.

Have you ever found it challenging to be writing in Japanese when you have such a following in many different countries?

I used to write everything in Japanese and translate it all into English in the beginning, but it felt awkward since I think in Japanese. The hardest part about Japanese lyrics is combining it with the rhythm.

What are your final thoughts on having such a heavy influence on American bands? What do we have to look forward to from you guys in the very near future?

I don't really care either way but itâs pretty funny when I hear phrases that sound exactly like our music. I take it as a compliment that bands are influenced by us. We're making tracks for our new album now, hoping to have something together for a release next summer.