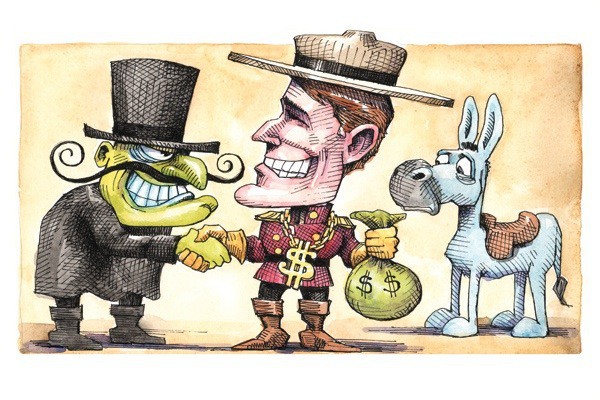 Contributed by MattJewett, Posted by Aubin Paul Politics 9 years ago

Promoters and booking agents are arguing that New Canadian regulations around foreign workers will have a serious effect on smaller venues throughout the country. While it's already pretty challenging for indie bands to enter the country, the rules will drastically increase the cost. As of July 31st, any establishment that is not "primarily" a music venue will have to pay an application fee of $275 per musician and all those travelling with the band. The end result is that any bar that hosts small shows but primarily earns money from liquor sales will be forced to pay exorbitantly while large concert venues will be exempt from the fee.

Prior to July 31st, the cost was $150 per band member, maxing out at $450. Booking agent Spencer Brown commented:

As the promoter at The Palomino, which will hold 200 people at the best of times, [I'm] paying out $425 per band member whereas a guy from a huge promotions company putting on a 20,000-seater for Elton John in the stadium is tax free. Bringing in Red Kross is not going to devastate Calgary's garage rock scene. It's not going to put anyone out of work. It's going to inspire people to pick up a guitar and put out an album.

While the government argues that the rules are for all temporary foreign workers, it does have an exemption for "agriculture."