Get Dead OK after van accident, will finish Fat Tour 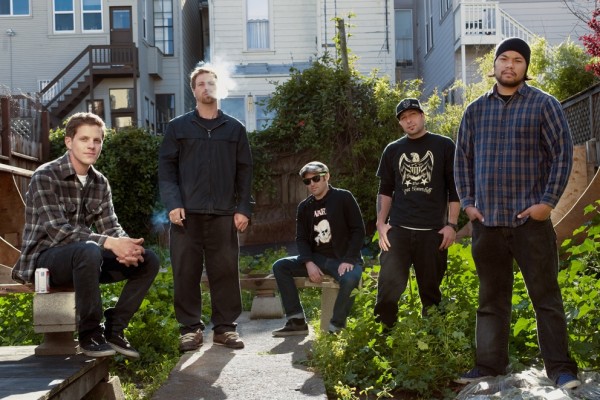 Via an Anonymous Source, Posted by Bryne Yancey Fat Wreck Chords 9 years ago

Get Dead were in a scary van accident between Minneapolis and Omaha over the weekend thanks to some black ice. Luckily, everyone is fine, escaping with little more than bumps and bruises (wear your seat belts, kids). Here's what the band had to say about it:

The temperature dropped about 15 degrees in a matter of minutes and the wet road became a black slab of ice. A gust of wind blew our trailer, which caused us to pitch side ways. Our driver Peter tried to regain control, but over corrected and by then it was too late. We were literally outta control and our momentum was too much. We pitched side to side a few times, but we all knew what was coming. Peter and Mike were up front belted in. Tim and Scotty were in the first bucket row belted in. Me and our Roadie Merch Man Drew were in the back seat unbuckled and MOKI was in the bed in the back unbuckled. When Rose (our dearly departed van) started to flip, me and drew latched on to each other and MOKI bear hugged us from behind and we made a lil' human ball. The van basically did a 360 flip, landing almost into oncoming traffic in the mud of the median. Mike's seat caught the brunt of the impact collapsing the shotgun seat's roof.

Get Dead only missed one date of the Fat Tour -- which also includes Less Than Jake, Anti-Flag and Masked Intruder. The tour has an off day today and resumes tomorrow night in Seattle.