Go Nightclubbing Archive at the Museum of Art and Design 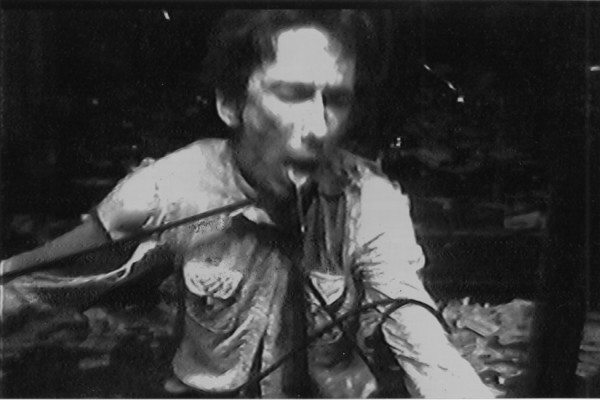 Via an Anonymous Source, Posted by Kira Wisniewski 8 years ago

The Musuem of Art and Design in New York City has curated a series titled Go Nightclubbing Archive. The archive includes footage of 82 bands in 115 performances, including the Dead Boys, Iggy Pop, the Heartbreakers, John Cale, the Cramps and more. MAD will present ten individual programs, free of charge. Approximate run time for each piece is 60 minutes, with screenings at 6 p.m., 7 p.m. and 8 p.m. on scheduled dates.

Live Girls and Rockabilly Boys
Thursday, April 24, 2014 - 6:00 pm to 9:00 pm
Acclaimed female musicians in bands such as Bush Tetras, Destroy All Monsters, Erasers, Desire, Helen Wheels Band, and Pylon are featured in the first half of this program. The second half highlights the rockabilly style of bands like the Buzz and the Flyers, Cramps, Go-Goâs, Joe "King" Carrasco, Levi and the Rockats, Senders, Stiletto Fads, and Tish and Snooky.

Interviews
Friday, April 25, 2014 - 6:00 pm to 9:00 pm
Go Nightclubbing Archive filmmakers Emily Armstrong and Pat Ivers share highlights from twenty-five interviews shot between 2000 and 2003, looking back on the lives of some of the most important musicians, writers, club owners, and scene makers of the punk era, including James Chance, Richard Hell, Lenny Kaye, Lydia Lunch, Alan Vega.

Night of the Living Dead Boys
Friday, May 2, 2014 - 6:00 pm to 9:00 pm
This program features a single legendary Dead Boys concert filmed at CBGB's in 1977, when the band was at the height of their power–American punk rock at its most raw, honest, and urgent.

CBGB
Thursday, May 8, 2014 - 6:00 pm to 9:00 pm
For all its fame and notoriety, CBGB was a classic local bar. Filmed at the iconic venue, featured performances in this program include favorite "house bands" Colors, Cuban Heels, Desire, Erasers, Foolish Virgins, Richard Hell and the Voidoids, Only Ones, Revelons, Son, and Student Teachers.

Modern Music I
Friday, May 23, 2014 - 6:00 pm to 9:00 pm
Downtown New Yorkâs most cutting-edge artists are represented in this selection from the archive, from Velvet Underground veteran John Cale to "no-wave" legends the Contortions. Highlights include rare footage of Teenage Jesus and the Jerks at the Paradise Garage in 1977, and a film noir–style performance by the Lounge Lizards at CBGBâs in 1977.

Modern Music II
Thursday, May 29, 2014 - 6:00 pm to 9:00 pm
Following the program More Modern Music I, the filmmakers present a selection of performances by "no wave" bands such as the downtown innovators DNA, the Lounge Lizards, Richard Strange, Suicide, and Z'EV, and avant-garde jazz by Sun Ra and James Blood Ulmer.

Punk
Thursday, June 5, 2014 - 6:00 pm to 9:00 pm
Hardcore punk evolved in the â70s from pioneers like Iggy Pop and the Dead Boys. These seminal figures are featured in this program, along with Bad Brains, Casualties, Destroy All Monsters, and rare footage of the Dead Kennedysâ first New York appearance.