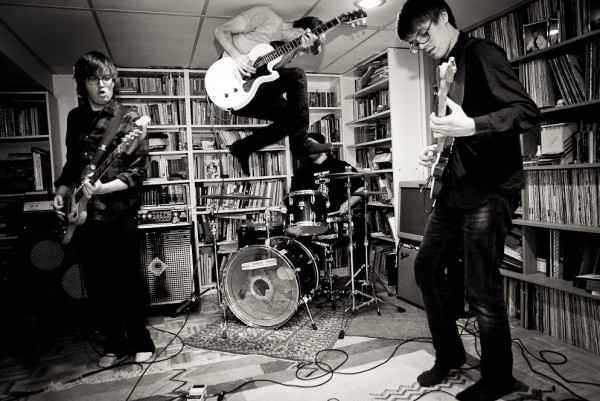 Canadian punkers Pup have been included on Canada's Polaris Music Prize long list. They're up there with a bunch of bands including Bry Webb of the Constantines, Pink Mountaintops, Owen Pallett, The Sadies, and Chad VanGaalen. The whole list can be found at the Polaris website. Will Pup beat out Drake and Arcade Fire? The short list will be announced July 19.

Pup released PUP earlier this year in the US (it was released the prior year in Canada). Polaris was taken by Godspeed You! Black Emperor last year. Fucked Up infamously won the competition in 2009, causing newspapers across Canada to awkwardly try and report on it without using the band's name.