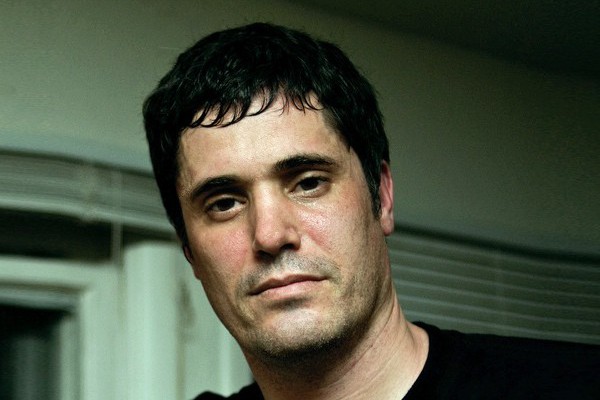 I just heard back from Jesse Michaels about Common Rider's sudden breakup. For those who care, and others who don't - here are the words from Operation Ivy's mouth.

Did Common Rider satisfy you?

Yes, However doing creative stuff has stages and it felt like time to move on. It is not always easy to define exactly why this happens, but in the case of Common Rider is just felt like we had accomplished all we could. Most of the limitations of the band were geographical and logistical rather than creative or personal. Basically, the whole thing was really fun but inconvenient in terms of planning and carrying stuff out because we never developed a solid line up that all lived in the same place and it became clear that doing that would be impossible.

Gotta ask - I know that death of Joe Strummer affected you greatly, but did it affect the band in any way?

-Of course Mr Strummer was a real inspiration. I was lucky enough to meet him (actually luck had nothing to do with it..waited two hours outside the fillmore when the Mescalaros played) and he was everything one would hope for in somebody they looked up to. Above all he was a very gentle person and a great poet and songwriter. I don't feel as sad about him dying as I do about how hard he struggled in his life (what with the record company rip offs and hostile English press and so on).Its too bad that real artists have to go through so much shit when the "Creed's" and other bad rock bands of the world have the fucking red carpet rolled out for them and then have the nerve to wear clash tee shirts on stage for credibility. However, (aside from my bitching) his death did not have any affect on Common Rider, because our thing was pretty much over by the time he passed on.

What has happened since the Plea for Peace tour?

-I have realized that touring is basically hell and it will take an truly incredible inspiration to get my ass on the road again. Why bullshit you? Being on stage is great and of course we are greatful to everybody who took the time to check us out, but touring when you are thirty three is basically a fucking nightmare. Too much loud noise, smoke (!)(It sounds like a small thing but trying to sing every night in a cloud of carbon monoxide gets really old), and interpersonal bullshit. However, music is a great inspiration and playing live is terribly addictive in spite of everything, so anything could happen.

You mentioned in your letter that we will hear from each of the members again - any idea how, and does that include yourself?

Mass is always producing, Dan is always drumming, (including for some really cool bands like "the methadones" and "Even in Blackouts" and I never stop writing shit. No specifics but we will keep people posted through the website and other means. Part of the benefit of being an old bastard is having access to publicity so when we do stuff it's relatively easy to get the message out there. Not to harp on this point, but we feel enough of a debt of grattitude to people who have taken the time to check us out that we would take pains to make sure that any new things were clearly announced.

You mentioned on your website that Common Rider hoped to record a third album. That comment showed that there was anticipation and eagerness, what stopped all that?

That comment simply showed logical foresight which is always subject to circumstance. Circumstances have changed. Change isn't a bad thing and we look forward to whatever may come…

Honestly, were there any negative reactions that contributed to Common Rider's demise?

Honestly, Yes. We received a lot of support, but also a certain amount of outright hostility, sometimes on a really ugly and personal level, and I wouldn't be truthful if I were to say that it didn't influence the decision. However, it was a very minor factor. We are first of all true to our own thing but to say we didn't hear it when people gave negative feedback would not be telling the whole story.

Ever thought of a solo/acoustic project?

Yeah… I know its goofy but almost nobody who attempts to write songs can resist the idea of recording shit at the most basic level of just playing songs into a tape recorder and seeing if anybody gives a damn. Usually such projects end up being pretty crappy, but every once in a while a songwriter manages to make something worthwhile on that level (for example, Bob Dylan, Bruce Springsteen, Leadbelly, Billy Brag, Michelle Shocked,Woodie Guthrie etc. etc.) So its hard to resist thinking about that possibility. However, I would be very carefull about such a thing and wouldn't just put any shite out there.

Are you at all worried about the fan's reactions to the breakup? After all, many fans waited over ten years to hear from you, and now you are gone again. I guess what I am saying is, are we going to have to wait another ten years before Jesse Michaels inspires us again?

That question is really generous, thanks! I consider myself extremely lucky that people are interested. All I can say is that I have no choice but to do creative stuff. That isn't meant to sound pretentious in any way, its just that I am no fucking good at anything else. So whether it is music or another medium, I will definitely try to keep putting stuff out there. I have been writing a lot lately. I honestly don't know if its any fucking good but its fun as hell and that might be the next thing for me creatively. Thank you for asking. I am really glad to hear that the songs worked for you. Believe me, my whole heart is in those songs. the grattitude is all mine that you found them worth your attention. Music is a great thing. I am really glad you like our stuff and really hope there will be more to come. By the way, part of Strummers legacy has been (for me) to get into African music. He was a huge fan of that stuff and I have been listening to it a lot lately…incredible shit. Its funny, when you check out some African groups its like African music is to the mescalaros what dub and reggae was to the clash, so you can kind of see what the man was up to..kind of cool…take care Sean and thanks for staying in touch. Hope to see you in person again some time.

Peace and no fucking war, Jesse