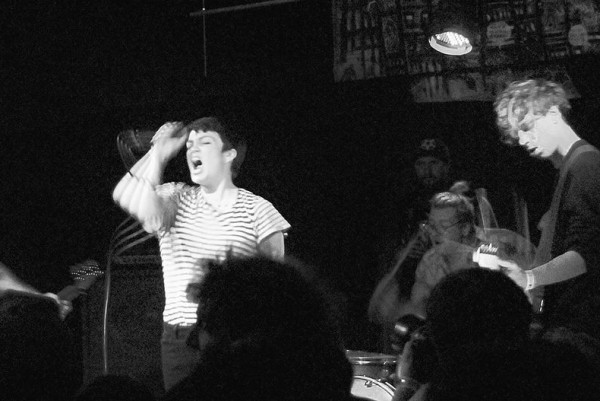 Joanna Gruesome and Perfect Pussy are going to release a split EP, which comes with a comic book. The release has four songs, including a cover by each band. The comic book is by Phil McAndrew and features the adventures of a composite character made up from aspects of lanna McArdle of Joanna Gruesome and Meredith Graves of Perfect Pussy.The release is out via Slumberland, Captured Tracks and Fortuna Pop.

Right now, the release is only available at Joanna Gruesome tour dates, but will be available digitally later this year.