Exclusive: World/Inferno Friendship Society talks to us about new LP 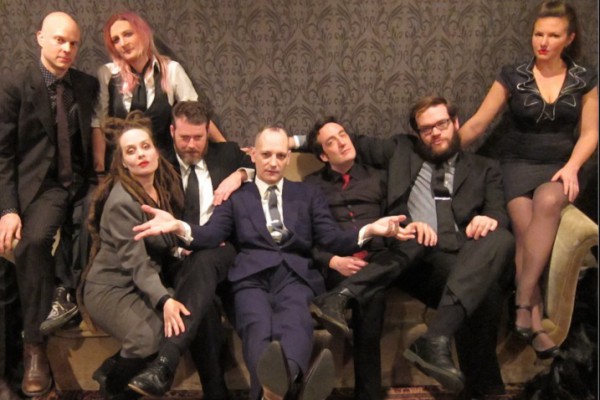 Brooklyn's The World/Inferno Friendship Society has released details to Punknews about their upcoming LP. The album will be called This Packed Funeral. It's out November 11, 2014 on famed record label Alternative Tentacles Records. But, the band's annual Oct. 31 Hallowmas show, which is at the Wick in Brooklyn, will be the record release show. You can pre-order the record here. 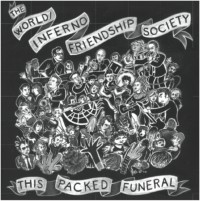 The new album is called This Packed Funeral. What is the significance of the title?
Iâve reached that age where a lot of my friends are moving on to the great unknown. It makes you think about the last year, and what youâve done since then, and what youâre still doing, and what you have left to do. It seems all I do is go to funerals and weddings these days. So, itâs about that.

So, youâre contemplating mortality on the new album?
There are many things about mortality on the album and I do think about it. Iâm afraid of dying, you see. A friend of mine died two weeks ago. He was in my very first punk rock band. Iâm 45, so of course Iâm thinking about it.

Where does the new album stand in relation to the other albums? Is it raucous like Just the Best Party? Is it melancholy like The Anarchy and the Ecstasy?
I think it picks up where the Turnstyles record left off. Itâs almost exactly the same lineup. It is more raucous than The Anarchy and the Ecstasy, which was a more somber album, purposefully so. I think itâs rockinâ. I think it even is sort of glamish. But, like I said before, everything is related to David Bowie somehow.

Inferno co-founder Scott Hollingsworth is back in the band after a long time away. How did the reconciliation come about? Did you two pick up where you left off?
Itâs wonderful working with Scott again. We actually communicate without speaking, which frustrates the other members of the band. We always know just what to do and whatâs right. How did we reconnect? Itâs funnyâ¦ a couple of years ago, Scott was doing sound for Weezer at a venue and we were playing upstairs at a sort of ballroom. Bill Cashman, who is from the C-squat scene, said, "You know, Scott is downstairs. You should go say hello." Well, we hadnât spoken for a while. It makes me angry when people leave the band, so I hadnât spoken to him for a while. But, I said, "You know, if Scott Hollingsworth is in the same building, I should go say hi." I actually didnât run into him at the time and I left him a note in Weezerâs dressing room. He called me the next week and we started working together instantly.

And Peter Hess is back in the band as well, I believe.
He has children and is a stay at home dad, which is noble and we support that. Heâs done a little bit with Balkan Beat Box, who are friends of ours. Iâm glad he was able to play sax on the album. -

Sandra Malak really impressed people with her singing on the last album. Does she sing a lot on This Packed Funeral?
She sings an awful lot. She has a wonderful voice. We harmonize well. She has a foreign accent, so it creates an interesting contrast.

What is the theme of the new album?
Itâs a story about the band called the Paranoid Style. They were from the Lower East side in the early '80s. About â82 to â86. The album takes place at a wake of singer Grace Talicious. Each track is someone telling a story at the wake. Some of them are also Paranoid Style songs and you can pick them out. Theyâre the punker ones.

It seems everything circles back around. You just played a short set with your older band, Sticks and Stones, a few days ago.
[Whistles] I keep getting older and so many of my friends have passed away. The Sticks and Stones show was for a friend of ours that has leukemia. Thereâs something about when you get older and reach 45.

Are you happy to get older? The Circle Jerks had that famous song, "Live Fast, Die Young."
I am very happy to be alive, and, if I had my choice, I would live forever.

The new album is on Alternative Tentacles! How did that happen?
Jello asked us a very long time ago. We were playing in San Francisco, and he came to the show. He waited around to see us in the dressing room. I didnât even know that he was there. I walked outside and said, "Hey thatâs Jello Biafra!" [In spot-on Bello Biafra voice] "Jack, Iâm Jello Biafra and I run a label." I just started laughing and couldnât stop laughing. We hung out and every time we went to San Francisco we hung out. We saw him here in NYC a few times.

Chunksaah Records, after 20 years, has decided to stop putting out records because they are losing money hand over foot. Theyâre going to keep the back catalog open. So, I called Jello and said, "remember that thing we talked about four or five years ago? Well, if you still need it, Iâve got it." "Thatâs great, Jack. Ok, talk to Jesse." Then I got to talk Jesse of Blatz for a while, which was great.

And it all comes back around again because, in Sticks and Stones, you covered the Dead Kennedys!
We did! We did "Moon Over Marin." We did a version of it and we recorded it in Minneapolis on tour. Actually, I inverted the second and third verseâ¦ but I sang it every well! Ha! I donât know if anyone knows that.