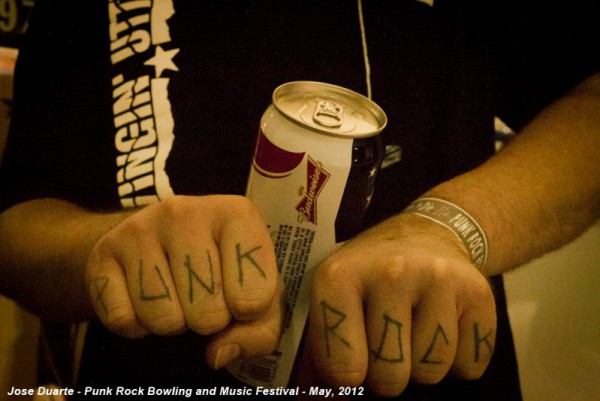 Welcome back to the Saturday Photo Feature! This week we've got some shots by Jose Duarte and Evan Bovee. Jose gets some nice picks of GBH and Pennywise, as well as some of the happenings around Punk Rock Bowling 2012. Meanwhile, Evan gets some cool action shots of bands including Say Anything and Motion City Soundtrack.

Jose Duarte was born and raised in Costa Rica. He got introduced to punk in the mid 90's first with bands like Offspring and Green Day. Later, his friends who traveled abroad taught him about bands like NOFX, Lagwagon, Bad Religion, Pennywise, Ten Foot Pole, Millencolin, and many others. Now, he's a social communicator that works in the surfing industry. But, he still shoots pictures every day.

Evan Bovee is currently based in Springfield, MO. He has been a touring guitar technician for eight years. In 2008, he started taking a film camera on the road. He used it until just this year when he finally moved over to digital. On the road, he shoots a lot of sight seeing stuff, but enjoys shooting bands the most on and off the stage. You can find his site here.

Want to have your pics run in the Saturday photo feature? E-mail JohnG@punknews.org.