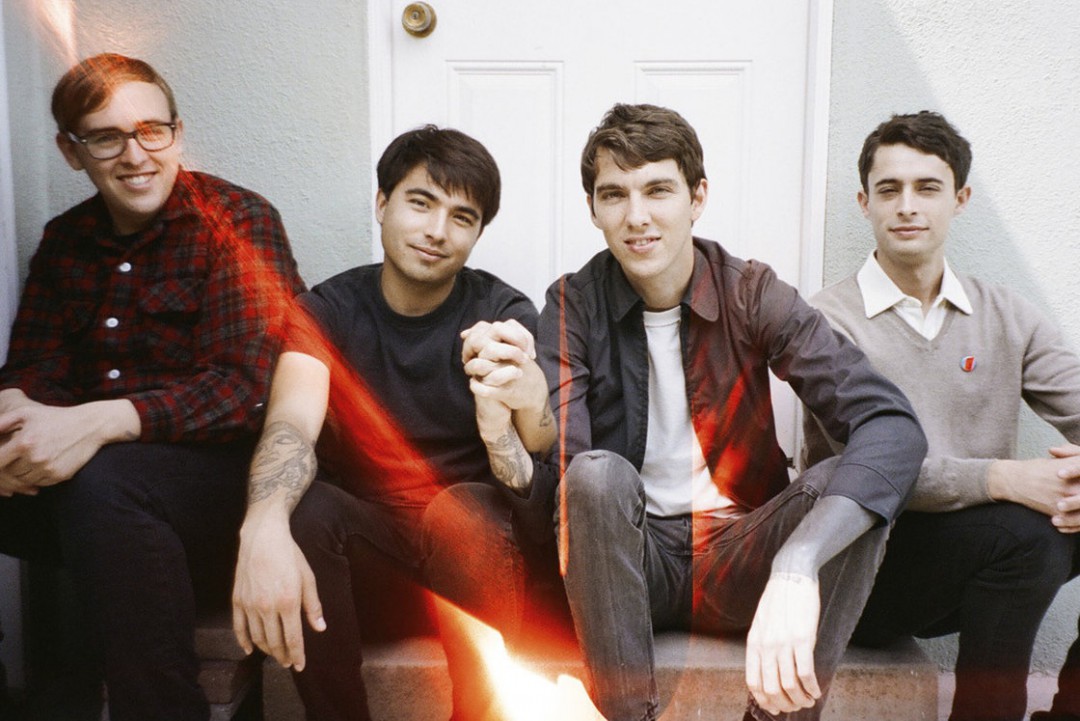 by Kira Wisniewski Epitaph 7 years ago

Joyce Manor's stance on stage diving was made clear last week at two different shows. The first, in Jacksonville, FL - where frontman Barry Johnson stopped mid-song to bring the stage-dive offender onstage -- and then on Friday in Houson, TX Johnson reportedly stated at the beginning of the show that they would not tolerate any stage dives, when a fan did stage dive, he called them out.

The INTERNET has a lot of opinions about stage diving. The annual hardcore festival This is Hardcore trolled with a shirt design and then later posted "Joyce Manor jokes aren't funny anymore." In contrast, Joyce Manor has gotten support from various other bands including Candy Hearts, Balance and Composure and Code Orange (see below).

Johnson has also apologized for his reaction at Friday's show on the band's Facebook page stating:

I wasn't able to watch people being hurt so I asked people not to act in the way that was hurting people. If that means you don't support the band, I respect that. If you don't want to attend the shows, we respect that. If you've bought a ticket to the show and want your money back because you want that to be your experience, we will refund you.

I don't have an issue with anyone's lifestyle. I apologize to losing my cool in Houston. I saw someone whose full intention was to harm people and was upset.

I look forward to playing music in a safe environment for everyone from here on out.

Thank you @JoyceManor for getting it right! I almost died in a pit I didnt wanna b in as a teen at Warped & got made fun of for being a girl

I'm all for stage diving, unless you're bad at it. In which case, ew, cut it out.