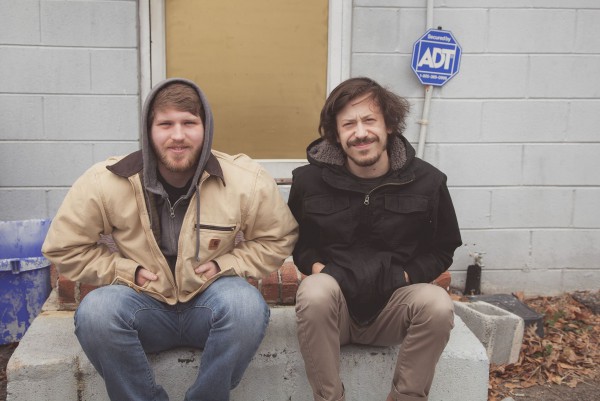 by Xan Mandell Interviews 8 years ago

Big Awesome is most likely isn't name you've come across much, if at all. But, the South Carolina kids have a massive sound worth giving a shot. Their last EP, Birdfeeder, was a touch rock, a touch math and a touch emo. According to them, their upcoming release will see the band honing on their strengths in those sonic elements to further distill their sound, and will show off exactly why they are talented.

Punknews contributing editor Xan Mandell was a big fan of Birdfeeder, so he decided to sit guitarist Colin CzerwiÅ„ski and bassist/vocalist John Blackman down to see what was the next for the band.

The band started four years ago, in 2010. What has the progression been like?

John Blackman: We just all have lives going on, and also Marek (previous drummer) left, then we got two new guys, then they moved to Florida, then we got another drummer, then he left, because he wanted to do something different, and now we're here. We've just been in a waiting period where we weren't a solid enough band. We were always down to do shit, we were just incomplete.

So now it's just you two and you're doing a revolving drummer kind of thing?

Blankman: We're like Spinal Tap. I want some solid shit. I just like to play music and not overthink it. Whoever wants to play can play, because that's all I want to do.

What is both of your commitment to the band? 100 percent?

Blankman: Pretty much, yeah. I just work and do this.

Will you be touring a lot now?

Blankman: Hopefully, but I only get two weeks paid vacation a year with my job. We're doing Fest for the third time though, which should be awesome.

How did that come about?

CzerwiÅ„ski: This time, I actually hit up Tony, which was the first time I had to do that. He knows who we are, and he said, "I love you guys," but he's trying to make room for the newer bands, and he put us on the back. I totally forgot about it, but then two months after I got an email from him, which asked if we were still interested? Which was an obvious yes.

What has the turnout for your Fest shows been like?

Blankman: Good. We play the smaller venues. Our first year we had a packed show. I don't know if it was because Choke Up was next and everyone wanted to see them, because they're fucking rad, and then last year was dope. It sounded good.

Are you seeing the fans from 2010 follow you through to now?

CzerwiÅ„ski: Yeah, the few have stuck through.

Which you're on the second pressing of, right?

Though a small number, it still must feel good.

Blankman: Yeah absolutely. Being here right now, in Chicago, talking to you, it's awesome. We're from Savannah, Georgia. Being on tour, this whole experience, it's all surreal. Life happens and sometimes you have to carpe the diem man. Seize the carpe!

What was the writing process like for the new record?

Blankman: We did 10 songs. It's taken since we put out our EP Birdfeeder till right now. They're song we've had and been jamming. With the revolving door member thing, we were always just working to get someone acclimated to play shows.

CzerwiÅ„ski: Our sound has changed a lot too.

Blankman: From the first EP to Birdfeeder, and then from Birdfeeder to here, I feel like we're a little more drive-y.

What was the cause of the sound changing?

CzerwiÅ„ski: Just growing up and maturity.

CzerwiÅ„ski: I've come to what I think I've always wanted to play, but wasn't consciously aware of it. I love the math-y and noodle-y shit, and classical jazz, and this has I like put into it in some way.

Blankman: It's interesting, because I feel like what we want to write meshes. I'm into that noodle-y shit, but I mostly stick to my guns. I grew up on straight punk and ska.

CzerwiÅ„ski: It's the best of both worlds.

Do you feel like you're finding the Big Awesome sound?

Blankman: When we write, it's not like one person has a song and we work on it. We kind of just like jam for 30 minutes, and it's like, "Remember that part?" and we go from there. It's a very collective thing. Everyone is in the room and we write.

CzerwiÅ„ski: It's rare that someone maps something out before we get together.

Blankman: I like that a lot better, because it makes things more organic, even though our songs are structured.

It seems like there is a lot of open communication, so has there been any disputing over a song?

They're about partying with your friends, I dig them.

Blankman: Yeah, partying is tight, but being deep is cool.

Are you pushing yourself to do that?

Blankman: Honestly, I just want to play and whatever comes out comes out. I don't push myself to do anything. I like it when it's organic. You can play a song and the way it sounds will invoke a feeling. If we were to write more gloomier shit, which we tend not to, then I'd probably be more deep in my lyrics. But, the music makes me feel what I feel when I play, and that's what I write about.

It sounds like your responding to your music rather than having an agenda.

Blankman: I don't want to go into a project with this preconceived notion that says the lyrics have to be this way, and it has to sound this way, and have riffs like this band. I want to be in a room and see what comes out. We had a drummer whose style was different from any drummer we've had. Every other drummer we've had has been so aggressive, and they were just fucking bashers, but this guy was groovy.

Colin, you're in another band, Henrietta. Has that translated to Big Awesome at all?

For you John, what is that like for Colin to be in another band that is trying to "make it?"

Blankman: I'm jealous! Nah, not really. I want him to do what he wants to do. I'm not his dad. I can't tell him, "Oh, I don't want you to be in this band," that wouldn't make me feel good to say. I mean, I'm in another band too, it's a math rock band called Kyle. We should have an EP out soon.

For Big Awesome, what do the next 12 months look like?

Blankman: Hopefully another tour, getting the record out and fucking partying: Drinking beers with our friends.

Blankman: The thing with us, and being on the road, it's hard. I can't afford to miss work, but I do get two weeks paid vacation, and then at the end of the year, we do inventory, and we get a week and a half vacation after that for the holidays. Once that rolls around, we may be able to tour. If I don't have to take any sick days, I think we can do a 1-2 week tour, because I could get a week of "being sick," and two weeks on top of that.

What would you do if Big Awesome really started to take off?

Blankman: I'm not sure. I've already used up all my days, because of some family issues, and then I got really sick afterwards, so I had to beg my boss to get the time off to do this tour. He was a touring musician for nine years though, so he knows the struggle. It was a matter of getting corporate to let me do this.

CzerwiÅ„ski: I had to lie to my boss. I told him that I had to go back to Orlando, which is where I live, because I had an internship with Paper and Plastick doing PR stuff. Which is what I actually do… He bought it, and you know, he doesn't listen to any of this kind of music, so he bought it. Hopefully he doesn't fire me if he reads this.