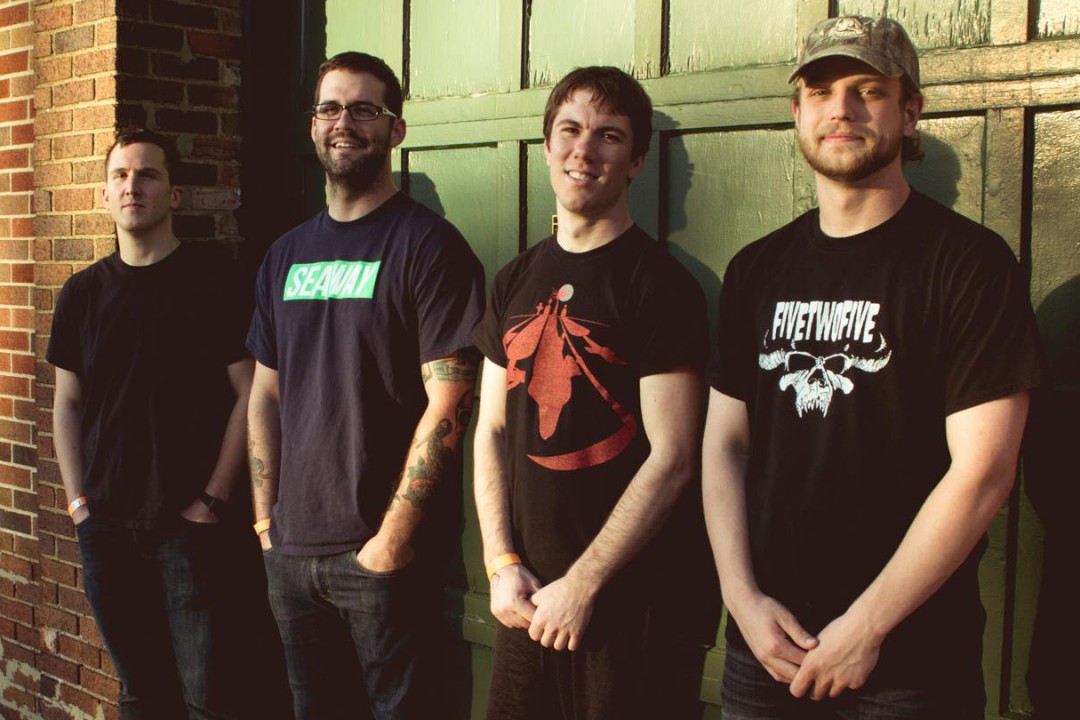 Light Years keeps moving and growing, slowly and steadily. But, maybe that's the best way to do it. Blowing up overnight brings fame, but rarely does it bring longevity. Pat Kennedy, the frontman of Light Years, has been pushing his band forward and evolving the sound at a rate that keeps fans comfortable without boring them with an identical release as their last one. This past summer, they got a little heavier and rougher on their EP, Temporary, while retaining the pop sensibility that defines Light Years. The trajectory will most likely stay consistent, and with perseverance so will growth.

Kennedy spoke with contributing editor Xan Mandell while the band was out on tour with Turnover.

You guys signed with Animal Style Records this past summer. Why did you go from Paper and Plastick to them?

Matt was our friend. He wanted to do the full length, but we told him we were going with Paper and Plastick. It was a friend thing, not a business move.

Are you going to go with Animal Style Records with the next release?

Probably not. If no one else wants it, maybe.

How do you feel the response to your EP, Temporary, has been?

Good, you know, I feel like it's out best stuff and people have been into it.

For the pop/punk angle, it feels like it's more an adult sound. What do you attribute that to?

Just being older. We're all adults as opposed to most bands we tour with, who are literally in high school, and you know… Hating everything. Dealing with life.

Do you think you could do this sound forever?

I think they'll be a time where it's like, "oh…" I'm 27 and when I tell people I play pop/punk, when I hear it come out of my mouth it's like, "Oh god." There is such a stigma with that word, where people think it's boys whining. I feel like it's natural to evolve.

Your new music sounds more aggressive, and the growth of, "Lets delve into anger…"

I don't see my life getting happier (laughs), so it's something we'd like to explore more. It'll probably just come out.

We want to do a full length next. We don't have anything written, but we're already thinking about that and we'd like to work with Will Yip again, but trying to fit into his schedule is crazy.

You did the EP with him. Is he your guy now?

Yeah, he's our guy. He's awesome, but he's super busy so getting in there is always tough.

He's a big name. Everyone goes to him. I could see a noticeable shift between what you were putting out before and what you put out with him. Is he a contributing to the factor to the sound?

It's all real instruments, and he doesn't fuck with auto-tune really or anything like that, so you have to be good. He really brings out the best in you. He's a big song guy. I used to love riffs, but he's like, "I don't care. Is the song good when it's stripped down?" When we write songs now, we keep that in mind. He helped with that. It's more about the big picture.

We got lucky. We got to know him before he was "Will Yip." He worked with Citizen and they told us to record with him, and he was down. Right then was when Title Fight was coming out with Shed. Luckily we were able to get in with him around then. Now you have to talk to a manager, and he's super booked, but we can shoot him a text and say, "Do you have anything open?"

You did the acoustic basement stage on Warped Tour. Why didn't the full band go?

We wanted full band, but they offered acoustic. We didn't shoot for that, but I wasn't going to say no. Money wise and stuff too. The drives are crazy.

Did you jump into another van?

I was actually driving a huge thing called a Bandwagon for this band Neck Deep. They hired me to do that, and I got paid to drive.

How was the Warped Tour experience?

It was cool. Warped Tour is definitely… weird… It's not like a punk show, it's more corporate. It was cool though. I made friends with a lot of people, and they feed you every day, three meals a day. It was the best part. That was my favorite part of the day. Eating.

Do you feel you got a lot of exposure because of Warped?

Kind of. There were definitely new people who'd never heard us. There were always people running around the acoustic tent because it's in the shade. People would just go in there and chill between awful metalcore bands that were on.

Do you feel like it was a successful run?

Yeah definitely, and hopefully we'll be able to do a full-band thing next summer.

Did you talk to Kevin Lyman about that?

Yeah, and I think he's already started booking bands, so we'll find out if all my hard work paid off.

What the process to strip the songs down? Easy or hard?

It was kind of easy. I took from less punk and fast beats and made it more chords and made it the basic outline of the song. It was cool and pretty natural.

Is this year shaping up to be a big tour year?

We're doing a tour in November with this band called Driver Friendly. In December there are some shows we're playing on the East Coast. It isn't really a tour though. Hopefully we'll tour off Temporary for a while and hopefully it'll be cool, but maybe not (laughs).

Is just seeing where it goes the kind of way the band is working right now?

Yeah, it's always just about us moving forward and keep going. I see new things every day where people think the new record is great. We've been selling a decent amount on tour. The white pressing sold out.

It's great. We've been friends with them for a long time, so it's awesome they asked us to do this.

Are you seeing a good response from all their fans?

I think that's about all I've got. Is there anything else you want to talk about?

I think that's it. Thanks for doing this though!