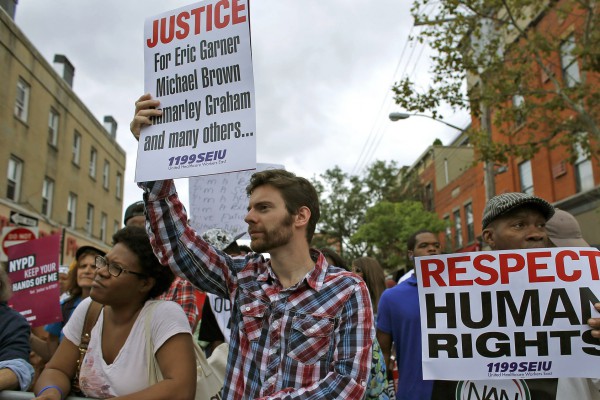 by Aubin Paul A-F 7 years ago

Anti-Flag has weighed in on the controversial grand jury decision which saw no charges laid against police when Eric Garner died while being arrested in Staten Island. They said this:

Another abuse of power and murder by the police and another grand jury that fails to deliver an indictment. Police violence against black Americans like Michael Brown, Tamir Rice, Oscar Grant, and Eric Garner is not the exception, and is not happening in a vacuum. It's happening because of an unjust legal system that gives police a license to murder and protects them when they do. Anti-Flag stands in solidarity with those in the streets and all of those calling for change to an unjust racist legal system.

Last night, New York City was the site of mass protests around the verdict.