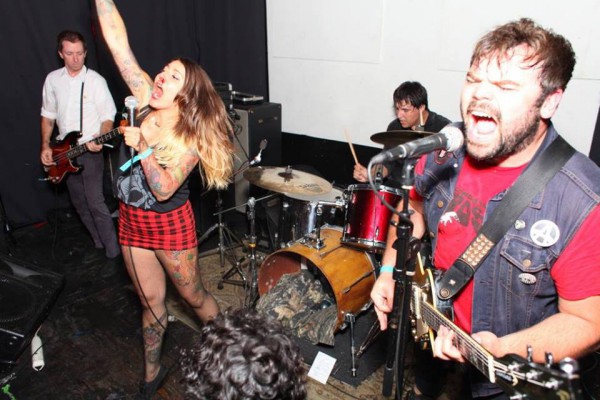 Neighborhood Brats have broken up. The band stated, via their Facebook:

RIP Neighborhood Brats, 2010-2015. Jenny and I had to make a tough decision this morning. Tour schedules, release delays, different lineups, health concerns and the general mayhem of managing a DIY punk rock band in 2015 all led to our decision. We're super bummed, but stoked that we got to be a part of all of your lives. You'll probably see us in various projects at some point, so if we're out and about, please say "hi." In our "about" section, you can see who played in the band in the various incarnations that basically revolved around where Jenny and I were living and who was available to record/tour. I couldn't have asked for a better pile of people to have recorded and toured with. This band was my life for 5+ years. It seemed like a nonstop chain of emails, trips to the post office, guitar tune-ups, caffeinated writing sessions and crazy inside jokes. The ups, downs, and everything in-between were more than we ever thought we could pull off. The only other thing I can say is that if some dude from Ohio and a girl from Nebraska can do it, so can you.

In Memoriam: Band featured in 'The Punk Syndrome' to enter Eurovision Song Contest