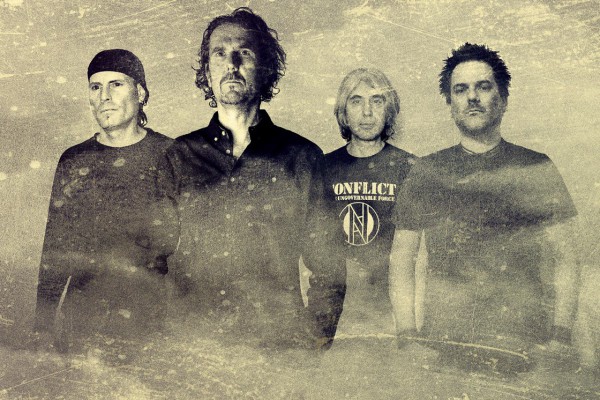 by John Gentile Relapse 8 years ago

Rob Miller of Amebix, Michel "Away" Langevin of Voivod, Jon Misery of Misery and Andy Lefton of War-Plague have formed a new band. The band is called Tau Cross and they have already finished recording their debut LP. The release is expected to be out this spring via Relapse Records. Rob stated:

The music that evolved over this time is difficult to categorize, as there is clearly a lot of Amebix in the songwriting as well as some elements of gothic, Joy Division, Pink Floyd, Black Sabbath, Industrial and hard fucking old-school punk rock. This is an entirely original work that is the organic fusion of four unique people. We decided to let the songs form themselves around the original demos and allow people to bring themselves into the mix, to allow the bark to grow around the tree. We are all very proud of what we have achieved in this short time and looking forward to working together again as soon as time allows.