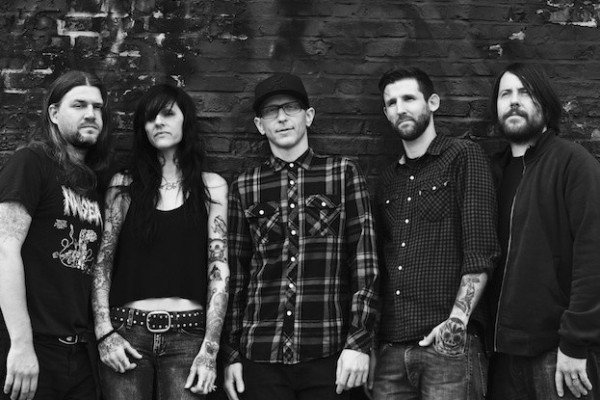 So, get this: Jason Black of Hot Water Music, Neltie, Arty Shepherd of Primitve Weapons and Gay for Johnny Depp, Matt Kane and Jeff Gensterblum of Small Brown Bike have formed a band. They're called UnWed and they sound like they just got done shotgunning '90s hard rock and post-hardcore.

Well, on April 14, 2015 the band is going to release their debut LP, Raise the Kids, via 6131 Records. But, right now, Punknews is pleased to debut the lyric video for "Weapons," which you can see below. (Also, check out that sweet Nausea t-shirt. This band has taste.)