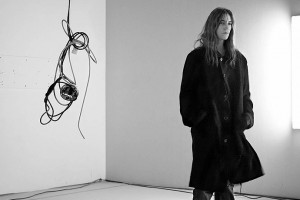 Contributed by tomsawyer, Posted by John Gentile 7 years ago

Patti Smith has announced a new book. The book is the follow up to her Just Kids memoir. The book will be called M Train and will be out October 6, 2015. According to Rolling Stone: "The new book, M Train, will present what her publisher has described as a journey through 18 'stations,' as she writes about various turning points in her life. The memoir, which is due out October 6th, will also contain black-and-white Polaroids that the singer-songwriter took herself."