F*cked Up, Metz, Tegan and Sara contribute to video game 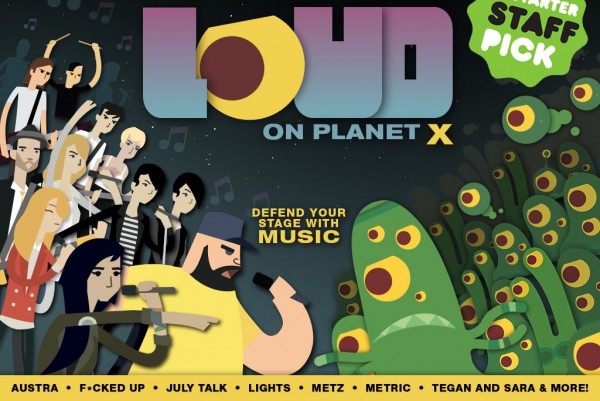 by John Gentile Games and Technology 7 years ago

Fucked Up, Metz, Tegan and Sara, Metric, Austra and other Canadian bands are contributing to a video game called LOUD on Planet X. The bands will be contributing soundtrack tunes as well as avatars for the game. Additionally, Mike Haliechuk and Jonah Falco of Fucked Up and Brendan Canning and Justin Peroff of Broken Social Scene also contribute scores for the soundtrack. Creator Pop Sandbox plans to release the game this fall, which is described as a tower defense game. You can find more information here.

Music: The Underground Railroad To Candyland: "Yer Not The Only One"