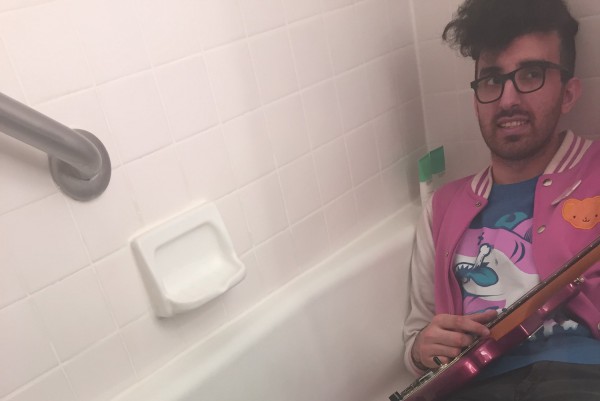 It's obvious that Slime Girls grew up playing hours and hours of old-school NES. As part of the "Chip-tune" scene, the band takes the button mashing soundtracks of Mega-Man and Zelda, and then wraps those bleeps around a prog-punk backbone. Their new single, "Yumemi," takes that angle in a dreamier, spacier direction. This song doesn't sound like the boss fight, but rather, the scene just after where our hero flies into the clouds as the cartridge's credits flash by.

The tune is from a 7-inch single being put out on Phat 'n' Phunky Records (run by Shinobu's own Bob Vielma!) You can pre-order the 7-inch here. Meanwhile, you can hear this 8-bit goodness below.

Tours: The Story So Far