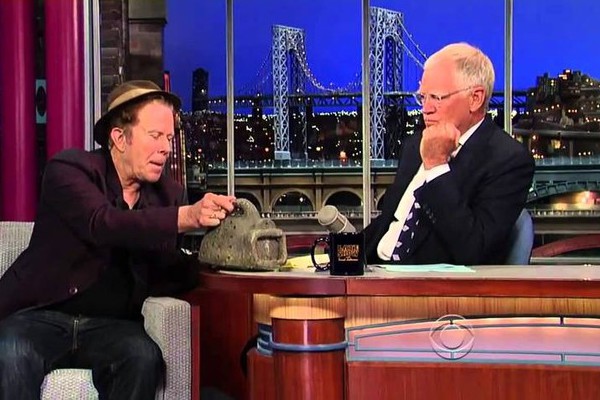 by Mark Little Anti- 5 years ago

You may have heard that David Letterman is walking away from his show on May 20 after more than 30 years in late-night broadcasting (first with NBC, then with CBS). Tom Waits, who has appeared on Letterman's show on both networks several times, is scheduled to be on the Late Show Thursday, May 14. According to Waits' Facebook page, the singer will be performing "a new song in farewell tribute" to the iconic host. No word if this will be the precursor to new material.

Waits' last studio album, Bad As Me, was released in 2011. He was inducted into the Rock and Roll Hall of Fame in 2011. You can see a video of his most recent appearance on the show, with a performance of "Chicago," below.