Oobliette and Dominic Davi talk about the return of Tsunami Bomb 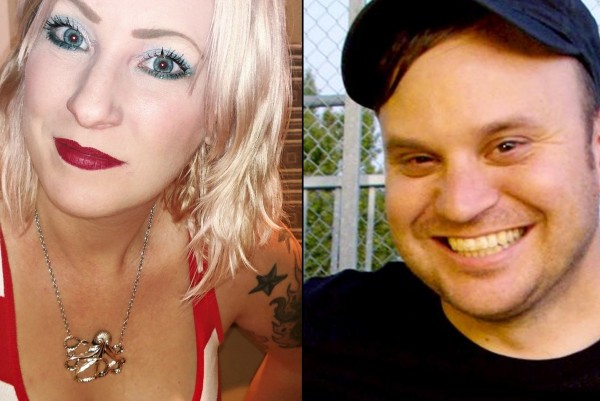 Tsunami Bomb is back! Founded by Oobliette and Dominic Davi, the band soon went on to define pop-punk with their singer Agent M. After some lineup changes, the band ended in 2005, Davi and Oobliette having left years before.

But now, original members Oobliette, Davi, Brian Plink and Gabriel Lindeman have brought back the Bomb. They're playing their first show back on December 19 with the Vandals and they're releasing a rarities collection on January 29. But, all eyes are on the band: Are they still an entity of nuclear warhead capabilities or are they just little firecrackers?

Punknews' John Gentile spoke to Oobliette and Davi about the reunion, playing without Agent M and their first show back.

What prompted the decision to get Tsunami Bomb back together? Oobliette: Dom and I have always stayed in contact. We just started talking and we were talking with people involved in the old stuff. We missed it in our own way. One thing led to another and here we are.

Dominic: When we came up with the idea, Joe Escalante hit me up and was like â€œYou know, Tsunami Bomb is still kind of popular and is still a good seller. I know you have more stuff. Why donâ€™t you do something with it?â€ So, I hit up Oobliette and Brian and Gabe and started talking about the old stuff. Brian reached out and started talking to Emily. We started putting everything together and Brian was like "why are we not doing this?" I didnâ€™t have a really good answer, especially since we are all talking. It came out of Brianâ€™s enthusiasm and everyone misses it in their own way.

Whatâ€™s the plan for the band? Oobliette: We donâ€™t know! A lot of us have careers, or kids or both, so we definitely donâ€™t have all the time in world. But, everyone is open to what we can work out. .

You are going to do shows? Dominic: Yes. We are going to be playing with the Vandals at the Annaheim House of Blues on December 19. Initially, thatâ€™s the only thing on the books. We are going to go forward carefully. For some people it is exciting, because it is the original lineup. But itâ€™s not everybody. So, you know, weâ€™re going to see how it goes. If people are into, weâ€™re into it. We would like to play a series of shows to promote the release and weâ€™ll see how it goes.

Are you excited or nervous or both? Dominic: Both!

Oobliette: Ohhh -- says the man who has been playing this whole time on stage for the past 15 years.

What do you think controls whether a comeback is well received or not well received? Oobliette: I guess it all depends on the band and what intentions they have going into it. Is their heart into it? Are they entertaining? I think that we have the elements and the attitude to make it awesome. It all depends how the cards fall.

Oobliette, you mentioned that you havenâ€™t been on stage in 15 years. What kind of musician are you? Are you think kind that gets nervous before a show or are you the kind that gets up there knowing that youâ€™ll kick ass. Oobliette: Of course Iâ€™m nervous. Itâ€™s been a whole 15 years and I havenâ€™t been in a band. Thatâ€™s whatâ€™s making me nervous. But, Iâ€™m still me and my stage persona is still the same and thatâ€™s still a big part of me and I donâ€™t think that has changed at all. Despite being super stressed out, and despite thinking this whole thing is insane, I think once the lights go on, itâ€™s going to work.

Now, you two are the founding members of the band, correct? Dominic: When I first decided I wanted to start this band, she was the first person that I went to and I said, â€œI want to start a band and I want to call it Tsunami Bomb."

How did you two meet to begin with? Oobliette: I liked a band Dominic was in and I had a crush on the guitarist and they were an awful, awful alternative band. I basically started talking to him because I thought the guitarist was cute and we became friends and I started talking about a very theatrical rock opera where everyone had names. The idea was that it was all these different people from different bands. That was the initial idea and it ended up being Tsunami Bomb.

Oobliette, Dominic said that you are a special component of the band. But, letâ€™s talk about Dominic. To me, he seems to be a quiet, sensitive person. Do you agree? Oobliette: Oh, Dominic has many sides. He is probably the closest thing to a walking comic book character that Iâ€™ve ever met. He can be the goofiest person. He can be a superhero. He can be a little bit of a villain sometimes. He is really animated. Thereâ€™s a refreshing innocence to him that most people donâ€™t have. I think he feels more than the average person. Heâ€™s not going to hide his emotions or anything.

Is the dynamic between you two one of the core engines for Tsunami Bomb? Oobliette: Definitely. Even when we started out, a few people who I consider original members of the band, when the original group got together it fused the uniqueness of the band. I was harder into the heavier, creepy stuff, and Dominic had these pop-driven, catchy things, Brian and Emily were pure pop-punk and Gabe is a living metronome who had an industrial background. With all of it, it created something different that wasnâ€™t being done.

Who will be in the band this time around? Dominic: Everyone in the original group except Emily. She bowed out and decided not to do it. That was one of the hesitations going into this. Itâ€™s Gabe, Brian, myself and Oobliette. Emily just doesnâ€™t want to come back to it. She is just really focused on her band Survival Guide and we canâ€™t blame her.

When she said that to us we really had to stop and think about what we wanted to do. It was funny from the conversations. Oobliette and I were in agreement. We missed Tsunami Bomb, but it didnâ€™t matter to us if we had to do something else. We could have easily done a band and played some Tsunami Bomb songs.

Oobliette: We were going to do a band, not Tsunami Bomb, for a while.

But, thereâ€™s no drama about this. We did have to be convinced. When Brian called me after talking to M, he was super excited and we were like, letâ€™s do this. So I started telling him what I think we should do starting a brand new band. He let me talk for like ten minutes. Then he said, â€œNo. Weâ€™re not doing another band. We are Tsunami Bomb. Itâ€™s our band. If weâ€™re not playing these songs, who is? The band that was Tsunami Bomb at the end isnâ€™t even together. They donâ€™t want to be a part of it. Letâ€™s go for it.â€

In the early days of Tsunami Bomb, a lot of people sang. There were mixed vocals. A lot of people were involved. When Brian assured us, like, â€œWe can do this,â€ we said, â€œWell, why not? Fuck it! Why canâ€™t we have fun?â€ Some people might not have it, but our intentions are pure. Weâ€™re not really trying to make a buck. We missed our songs. We missed being Tsunami Bomb. If it goes well, weâ€™ll prove to everyone that we can still do it. It would have been wonderful to have Emily involved, but she has a cool project that she is really excited about and we support that.

But, I just miss my friends. I miss my band. I miss the songs I wrote. Weâ€™re not trying to do anything weird. We want it to be cool and fun and honest. It is a little scary putting ourselves out there like this. You know thereâ€™s going to be a little bit of backlashâ€¦

Oobliette: Thereâ€™s going to be a huge backlash about the Emily thing. But, I think as long as we approach it this way, without animosity, people can be mad if they want, and I donâ€™t care. We shouldnâ€™t take this away from ourselves because someone else doesnâ€™t want us to do it. Instead of trying to replace Emily, we are bringing in guest spots and some of us are singing the old songs. We really just want to have fun.

Dominic: If it wasnâ€™t literally everyone else, I donâ€™t think we would do it. But, because it is literally everyone else, the people that wrote most of the songs that most people care about -- not all -- but mostâ€¦ Itâ€™s everyone who played live and itâ€™s people who played on the new collection. Is one person a band? All of us wrote the music. Some of us wrote the words. We earned it the first time and Iâ€™m not afraid to earn it again. If people say, â€œOh, itâ€™s not Tsunami Bomb,â€ thatâ€™s fine. Iâ€™ll take that challenge. I had to be a part of this band when nooooobdy cared. And nobody wanted to sign it or believe in it.

Oobliette: We were touring literally on handmade patches and vinyl records to pay our gas.

Dominic: We had to prove it back then. Other people came in the band. Not everybody, but we have opened it up to other members. We did talk to Mike and Jay -- weâ€™re trying to keep this as open ended. We are trying to come from as a good a place as possible. everyone else seems to be in another place and finished.

Oobliette: But, weâ€™re not done.

Dominic: It would be really fun to play with Gabe and Brian again! I want to play live. I want to write new songs!